We're often asked why we chose an octopus to represent us closely followed by, "Why did you call him Pickford?".

Both reasonable questions which deserve answers.

Octopuses are amazing creatures, and truly multitalented.
They can change color, have three hearts and can even taste with their skin!

This makes them perfect for representing pictory.ai as we're a one-stop-shop which does everything you need to create and edit amazing videos.

From automatic video clip selection, through to the addition of music and even realistic text to speech, we've got your covered. 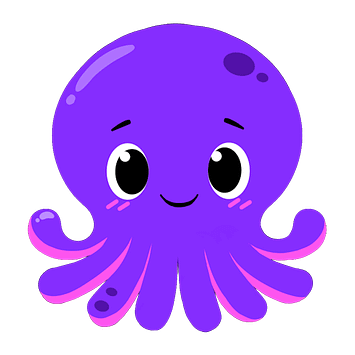 In fact, they're often considered the most intelligent invertebrates in the world!

They love learning and can quickly solve puzzles such as how to open jars or escape from tanks.

The very definition of thinking outside the box!

This characteristic is mirrored in Pictory.

Without wishing to brag, Pictory's Artificial Intelligence (AI) is pretty darn smart too!

We took a fresh look at how videos are made and came up with a better way.

With Pictory's AI there's no more messing around with fiddly and frustrating time-line based editors, edit videos using text as easily as editing a Word document.

And that's just the start as you'll see on this website.

Octopuses are curious creatures, something we love about them.

They're always investigating their surroundings and trying to learn more about the world around them.

Our advanced AI learns from what users do and automatically updates Pictory to make it better.

Curiosity is also something we encourage within our team and our fast-growing community of users we call 'Pictorians'.

We firmly believe the best way to learn is to experiment and get feedback from others.

We're constantly learning from our customers.

That's why we host an amazing community of enthusiastic users and release product updates every few weeks in response to their requests.

You can join them for free here.

'Alien' And Different, But In A Good Way

In the tree of evolution octopuses diverged from the human branch very early on.

This means they have a very different way of looking at the world.

Which is probably why they're considered by some to be aliens!

But different can be good.

Yes, But Why Pickford?

We admit it, we just love the name Pickford!

Our users love the way Pickford 'picks for' them when it comes to selecting video clips from our library of over 3 million royalty free video clips and music tracks.

Get started now. It's free!