Music vs. Artificial Intelligence: Will Musicians Exist in the Future? Although Artificial Intelligence (AI) has a reputation for taking people’s jobs away and replacing valuable industries, the jury’s still out on the following question – can artificial intelligence imitate creativity?

More specifically, will artificial intelligence change how we produce music?

So, how is Artificial Intelligence being used in music?

Artificial Intelligence can be trained to create music based on mood, feeling, and word associations in a script.

Similar to the neural networks in our brain, AI functions through networks which imitate our brains and allows it to process music, learn from it, and be able to reproduce it.

Some of these applications include Alysia and Orb Composer which “enable users to create songs based on styles or ‘feel’ and are the next step toward a wholly computer-generated pop music future”, according to Ty Pendlebury at CNET.

Another popular AI software is “Boomy”, an application that uses AI to create a song based on a selected genre.

Boomy allows you to add or remove instruments, change the tempo and volume, and edit the song as needed before generating it, as stated by Padraig Belton at BBC News. Boomy makes the process of creating songs fast and easy for all, just like Pictory accelerates and simplifies the process of video editing and production.

These applications truly represent how far artificial intelligence has progressed – but did you know that Artificial Intelligence was being used to compose music since the 1980s?

David Cope was the first to develop an AI software system that wrote 5000 compositions based on Johann Sebastian Bach’s work – released later as the “Bach by Design” album, states Padraig Belton.

AI has also been trained to recreate the style of other musicians such as Nirvana, Jimi Hendrix, and The Beatles by processing and learning from the bands’ songs.

Since the 1980s, technological advancements have pushed artificial intelligence to become faster, more efficient, and more creative, making music-producing software much cheaper – and more accessible – to all.

The rapid growth of AI has caused many music industry leaders to be concerned – would their entire industry be automated and replaced by artificial intelligence?

Although many musicians are worried that they will be replaced by AI algorithms that can write songs better, faster, and more creatively than them, the truth is that Artificial Intelligence is only being used to support the music industry by accelerating and automating monotonous and tedious tasks that take too long or are manually inefficient.

Although some AI software does produce its own music, there is a certain limit to the creativity and musical innovation that can go into a song that is fully based on training from previous songs – which real-life musicians would not have an issue with.

Another important application for Artificial Intelligence in the music industry is for music search and recommendation, according to Cyanite.AI.

Music libraries often hold thousands, if not hundreds of thousands, of songs and files which can take tremendously long times to search and browse through, not to mention how taxing it is to manually search through these files.

Artificial Intelligence massively speeds up the search process by filtering through thousands of music files in seconds and finding the option searched for. Furthermore, artificial intelligence can help recommend the best option for music based on previous music listened to, specific genre, or keywords entered.

This is the case in Pictory as we use an AI algorithm to select the best music track to accompany your video; the algorithm searches through Melodie’s extensive music catalogue to find the best musical fit for the video you created.

However, manually tagging music is extremely tedious and time-consuming, as well as incredibly subjective as each person might have a different interpretation of a certain song’s genre or mood.

Artificial Intelligence solves these issues by auto-tagging music based on an algorithm trained to detect different genres and moods. This would not only accelerate the long tagging process but also provide a fair standard for judging each song’s metadata that is free of subjectivity and bias, which would produce more accurate song tags and categories.

Auto-tagging is extremely useful for music producers to be able to organize, track, and search for any musical track at any time. The power of auto-tagging can also be seen in Pictory as the keywords used to search the musical database will look for any songs with feelings or associations to those keywords, which have been connected through auto-tagging.

The most important application for artificial intelligence in the music industry is the power to take a low-quality, mediocre song and turn it into a musical masterpiece.

What used to be super expensive equipment has been turned into low-cost, budget-friendly AI-powered software that helps anyone, regardless of musical background and experience, create music.

This brings us back to the root of artificial intelligence – accessibility.

“Just as computers and mobile phones have democratized the distribution and recording of music, its proponents say that AI makes the process of music creation available to everyone” says Ty Pendlebury.

Artificial Intelligence has simplified and automated many complex music production processes which has, in turn, made music creation much more accessible to a larger audience that is interested in music production but does not have the tools or money to pursue it. Ty Pendlebury explains that “it’s putting very cheap tools in the hands of millions of people, making music more accessible”.

Similar to how artificial intelligence algorithms have democratized the distribution and recording of music, Pictory is revolutionizing the content marketing industry by democratizing video production and making it much more widely accessible and available to the public.

Pictory utilizes a variety of Artificial Intelligence algorithms to simplify, automate, and accelerate the video production process, making it as easy as possible for the user to navigate creating and editing their own video.

A major part of video production and quality is music, which is why we believe it is incredibly important to use artificial intelligence to find the best track for a certain video clip. As our CEO, Vikram Chalana, explains:

“Music is incredibly important in video creation – it sets the tone and mood, drives energy into scenes, and elicits emotions in the audience. It’s also undeniable that having quality music in your video makes the message much more convincing, powerful and memorable, which is key when it comes to content marketing. This is exactly why we wanted to integrate music into our video solution – to enable our users to create better, more engaging videos.”

Artificial intelligence has changed the music industry forever – and with Pictory, you can harness the power of AI to create an outstanding video with a perfectly matched musical track. 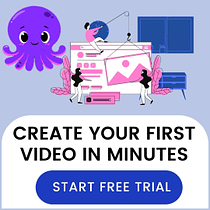 A Conversation With ChatGPT

What Is ChatGPT? A Closer Look At OpenAIs Chatbot

ChatGPT and Pictory — YouTube Automation Nirvana Or Just Too Good To Be True? 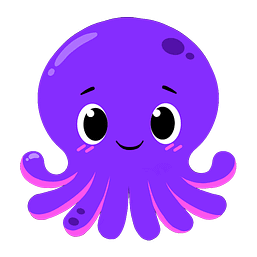